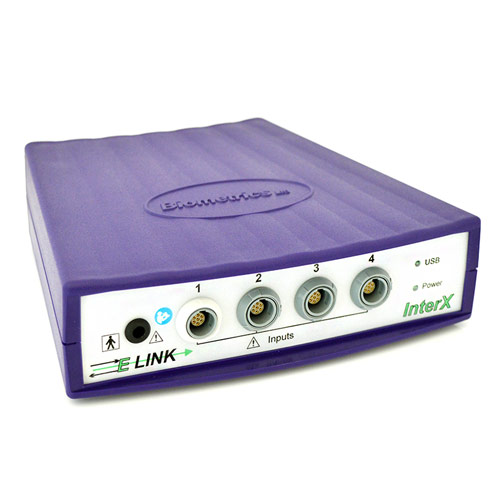 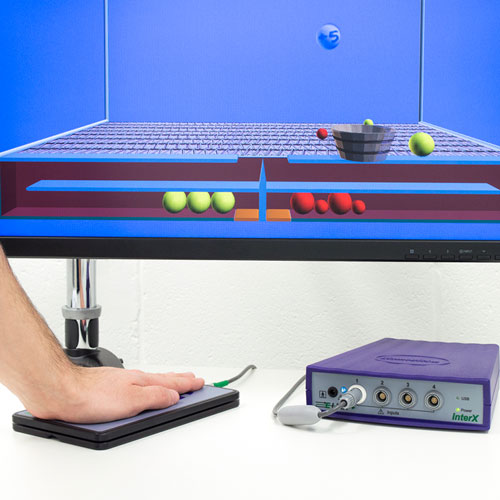 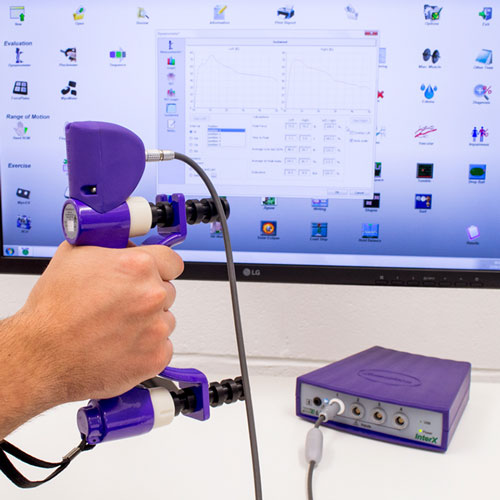 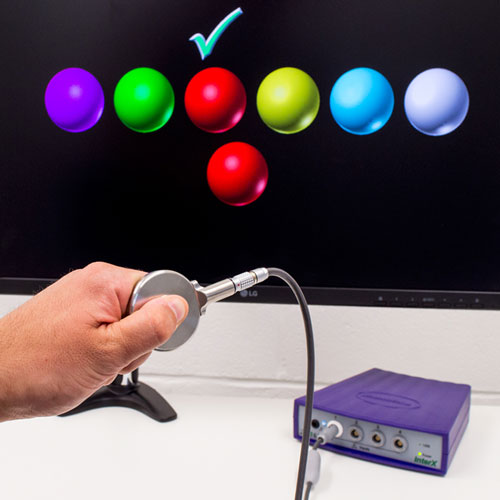 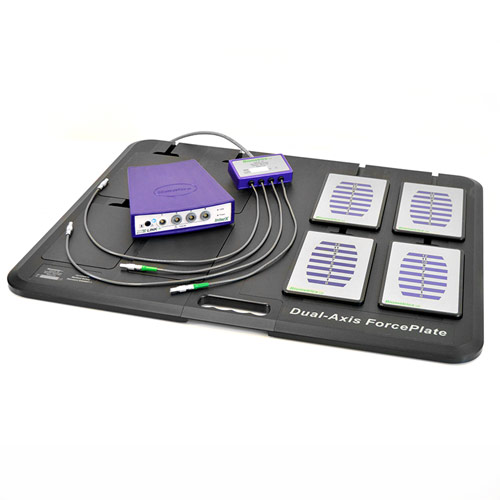 As an alternative to a wireless setup, the wired X4 InterX Unit functions as the intelligent interface to connect the E-LINK evaluation and exercise modules to the computer via the USB port. Up to four E-LINK devices may be connected simultaneously allowing the user to easily and quickly switch between them during an evaluation or exercise session.

The X4 InterX Unit is needed to connect 2 or 4 ForcePlates for balance evaluation and exercise as these devices are NOT wireless.

More information about different interface combinations can be found here.

If two X4 InterX Units are used at the same workstation, one X4 could be situated on the desk for using devices for the upper limb and the other X4 below the desk for connecting E-LINK ForcePlates for lower limb work. Everything can therefore be in place as the therapy session begins.

The patient is then able to move easily between working the upper limb and the lower limb without the therapist needing to disconnect and connect devices into the one X4 InterX Unit – an easy changeover for the patient and saving valuable therapy time for the therapist.

As an alternative the Dongle and wireless Adaptor enables the upper limb devices to be used with greater freedom of movement whilst the X4 InterX Unit is in place at the same workstation for lower limb work.

Another benefit of the E-LINK unit combination feature is that the E3000 Upper Limb Exerciser can be connected to the serial port of the computer at the same time as the wireless Dongle and X4 InterX Unit are connected to USB ports. This enables both an older interface unit and newer ones to be used simultaneously.

Existing customers can therefore continue to use the E3000 Upper Limb Exerciser with all the serial accessories and have four ForcePlates connected to the X4 InterX unit at the same time as using other devices (for example wireless Myo-EX and AngleX) wirelessly via the wireless Dongle. Thus, customers can now reap the benefits of using older and newer technology together for one complete upper and lower limb workstation.